The Fields development is being planned with sites for corporate office campuses.

PGA of America just announced that they are relocating their headquarters to Frisco, Texas where it will serve as the anchor to a 600-acre, mixed-use development with an initial investment worth more than half a billion dollars.

The development, located at Frisco’s northern border, at Rockhill Parkway and Legacy Drive, will be open to the public, as well as golfers.

Read more: Inside Toyota Motor North America, a look at the campus and the culture

It was also announced, via the PGA.com Facebook page, that 25 PGA Championships starting from 2023 will be played at PGA Frisco. 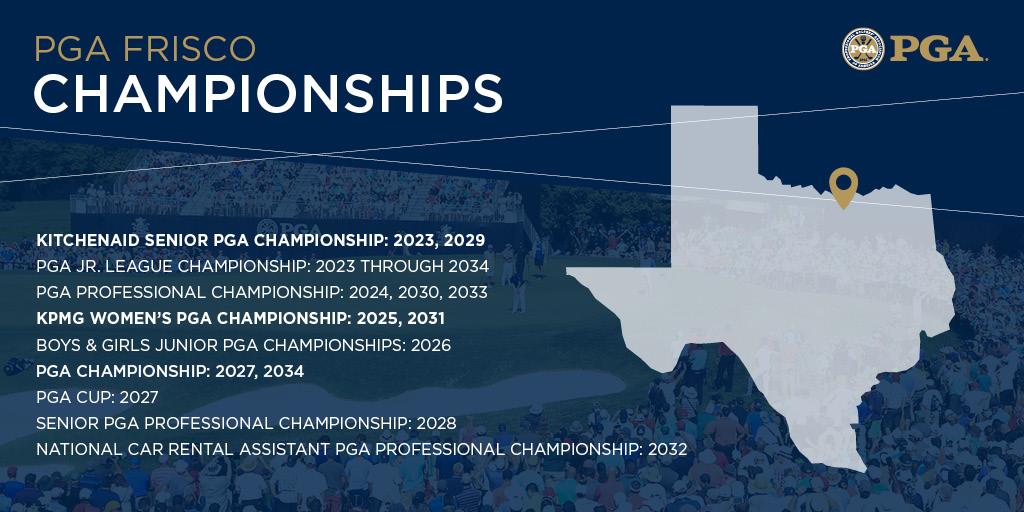 The planned mixed-use golf development/destination is the result of a public-private partnership formed between PGA of America, Omni Stillwater Woods (a joint venture led by Omni Hotels & Resorts with Stillwater Capital and Woods Capital); the City of Frisco, as well as its Economic and Community Development Corporations; and the Frisco Independent School District (FISD). The partnership is not unlike that formed between the Dallas Cowboys, the City of Frisco and the Frisco Independent School District which made The Star (where the Dallas Cowboys live, work and practice) a reality.

Unlike Toyota Motor North America and Liberty Mutual whose corporate relocations to Plano brought thousands of jobs to Collin County, the PGA Headquarters will initially only employ approximately 100 people. However, according to a tourism feasibility study commissioned by the City of Frisco the economic impact of the project is projected to be more than $2.5 billion.

“Today is both historic and transformational for the City of Frisco,” said Mayor Jeff Cheney in a press release published at pga.com. “Not only will this signature development change the future of Frisco’s northern landscape, it will transform the sport, growing a new generation of pros, fans and golf enthusiasts. As Sports City, USA, we’re thrilled to partner with another world-class brand like the PGA of America. We’re also honored Omni is, once again, committing such a huge investment in our community, recognizing the potential to grow entertainment, tourism and economic development in one of the fastest-growing cities in America.”

PGA Of America To Move Headquarters To Frisco